On October 18th 2018 the Roll Out of the new PIKO G scale model of the electric locomotive BR 103 took place on the premises of the Deutsche Bahn Museum in Nuremberg.

The DB Museum in Nuremberg owns many impressive vehicles, amongst them the legendary “Eagle” steam locomotive and various modern locomotives of the 20th century like the cult loco BR 103. The Sonneberg based model railway manufacturer PIKO used the location to present its newest addition to their G scale range, the model of the electric locomotive BR 103, to invited media representatives and regional dealers next to its “big sister”, the locomotive 103 224-2.

The invited guests had the chance to convince themselves of the detailed and realistic implementation of the new PIKO model.

The six-axle electric locomotives of the class 103 were considered for many years the flagship in heavy passenger traffic by the German Federal Railroad. They are deemed one of the most popular German locomotive series. The DB started in 1965 to use a pilot lot of 4 engines as high-speed locomotives. Through 1974, an additional 145 production series locomotives were ordered and put into service. With a continuous output of 7,440 kw (9,980 hp), the BR 103 locos are still considered to be among the most powerful single-unit locomotives. The first series locomotives were delivered with scissors pantographs. From 1976 on, single-arm type SBS65 pantographs were used. In addition, over the years, the machines lost their skirting and received buffers without covers. With their elegant and timeless design, these noble racehorses shaped German high-speed passenger service for many years and were already cult objects while in regular service. Starting in 1997, the 103s were gradually phased out. By 2003 they were replaced by the new class BR 101. Several locomotives are preserved in museums like in Nuremberg and operational.

Together with the steam loco BR 95, that was released in March, the model of the locomotive BR 103 is one of the highlights of PIKO’s G scale range this year. The models will be available in specialized shops from the end of October 2018. The recommended retail price for the model is € 599,00.

Since PIKO has entered the G scale market with locomotives and cars in 2006, the company developed into a full-range provider in that scale with a wide range of locomotives multiple units, passenger and freight cars, own track and digital systems as well as attractive building models, all manufactured at the PIKO site in Sonneberg in south Thuringia.

The PIKO group employs about 500 people worldwide in different distribution and production companies. Besides the site in Sonneberg with roughly 160 employees, PIKO operates its own production site in southern China, with around 350 employees.

In the course of the Roll Out, PIKO owner Dr René F. Wilfer told the guests about the very positive business development of the Sonneberg based model train manufacturer in 2018.

At the end of the 3rd quarter of 2018, PIKO can look at a sales growth of 7.5 % compared to the previous year and so continues the positive developments of their sales and returns in the last couple of years.

The developments of the export sectors, especially in the United States, Switzerland and the directly managed foreign markets in Austria and the Netherlands, are the main drivers of that positive trend. There, PIKO’s sales are currently 20 % higher than planned.

In Germany, PIKO’s sales are currently slightly higher than at the same time last year. There, the company developed into a reliable partner of specialized dealers in the last years, due to the punctual and stable product supply. The dealers reward that by presenting and selling more and more PIKO products in their shops. Thanks to these developments, PIKO managed to strengthen its position as the third largest model railway manufacturer in continental Europe.

Due to their very attractive and wide range of around 400 new products in the four scales G, H0, TT and N, PIKO is confident to continue the positive developments throughout the last 3 months of the year and reach its goals for 2018. 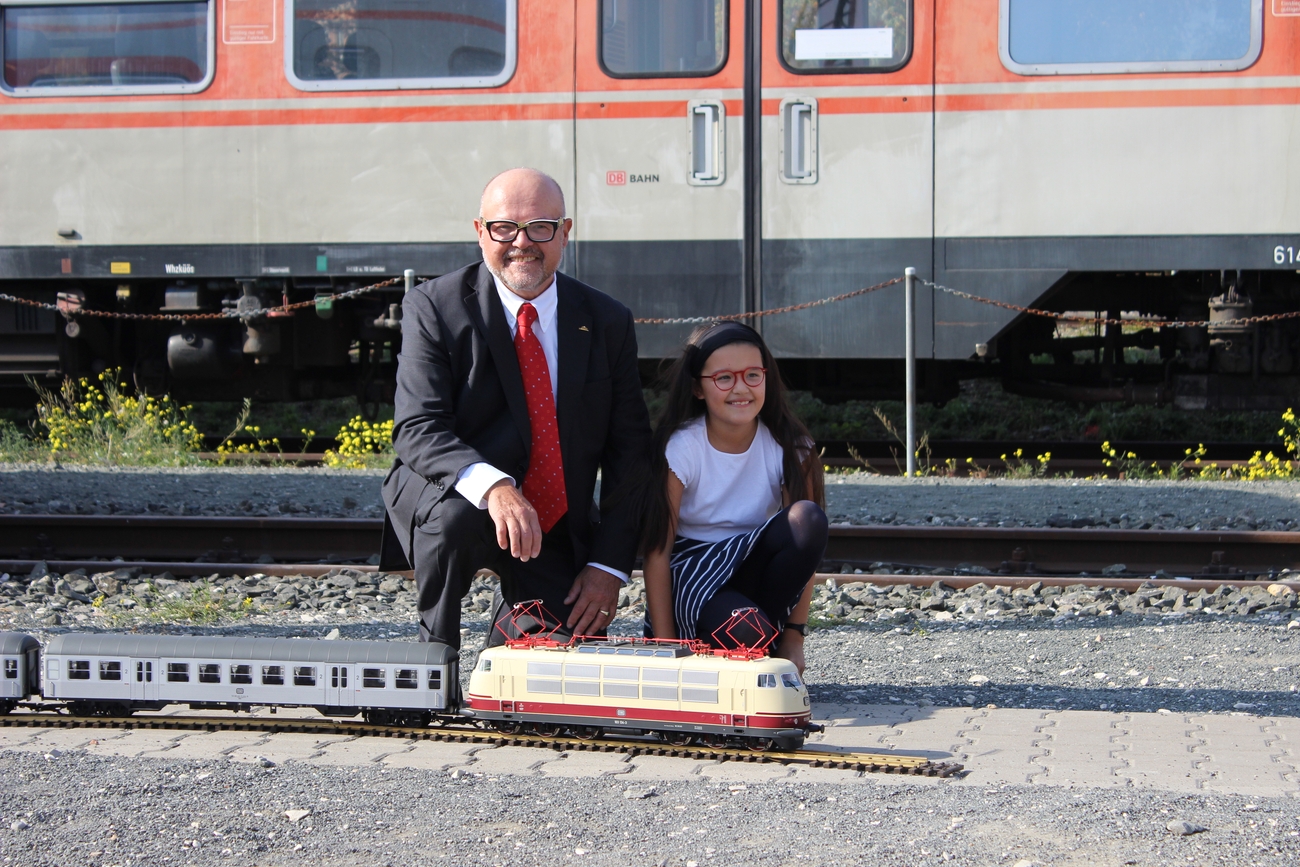 PIKO owner Dr René F. Wilfer presents the new G scale electric locomotive of the series 103 at the celebratory Roll Out in the DB Museum in Nuremberg, supported by his daughter Andrea.

» The model in the PIKO Webshop