06.11.2019 Press release for the Roll Out of the PIKO garden railway Class 50 steam locomotive 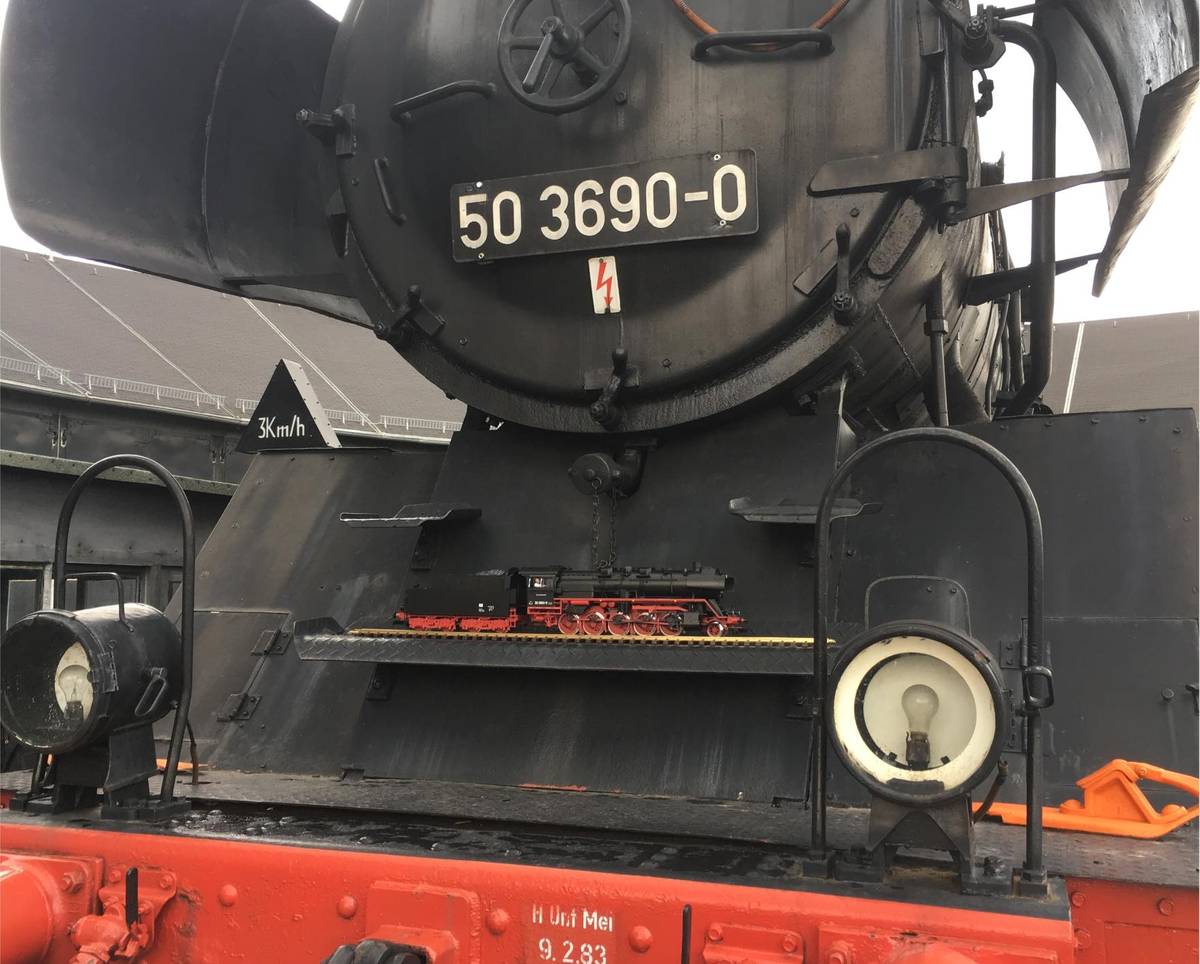 On November 6th, 2019, the ceremonial roll-out of the PIKO G scale Class 50 steam locomotive took place on the grounds of the German Steam Locomotive Museum in Neuenmarkt.

After the successful roll-out of the "Mountain Queen" of the Class 95 last year in Neuenmarkt, the Sonneberg model railway manufacturer PIKO once again used the location in Northern Bavaria for the presentation of a new locomotive model of the garden railway gauge. Together with its "big sister", the original locomotive 50 3690, the PIKO model of the Class 50 was presented for the first time to the attending media representatives and specialist retailers from the region.

The invited guests were able to convince themselves of the usual prototypical and detailed implementation of the new PIKO model and received some interesting information about the model and its large prototype.

With the reconstructed 5035, the regular service of steam locomotives at the German Reichsbahn ended in 1988. While the 3,141 units of the Class 50 locos, delivered between 1939 and 1944, had already proven to be an almost universal construction, the Reichsbahn version, in the form of the 5035, outperformed it due to an improved boiler design. Equipped with this steam generator, the 208 Rekoloks not only proved themselves as economic, robust and highly reliable "Fifties" as ever, but also exceeded the basic 1939 design by 10 percent with their tractive effort! In addition, the slim, lightweight and comparatively fast machines could be used anywhere and in front of almost all types of trains. The Reko-50 even mastered individual express and D trains with flying colours. To this day, the class 5035 locomotives are among the most widely used museum steam locomotives, including the one in Neuenmarkt.

The locomotive model of the class 50 is one of the highlights of this year's PIKO garden railway range and is a worthy monument to the original cult locomotive. The first delivery of the models to the specialized retailers took place at the end of October. The recommended retail price for the analog PIKO model of the BR 50 is € 1,199.99, the digital version including sound and steam costs € 1,350.00.

Since PIKO's entry into the market for garden railway locomotives and cars 13 years ago, the Sonneberg model railway manufacturer has developed into a full-range supplier in this track size and offers a complete range of locomotives, multiple units, passenger and freight cars, its own track and digital system as well as attractive building models, which are produced at PIKO's main factory in Sonneberg in southern Thuringia.

In addition to the garden railway, PIKO has 3 other scales in its portfolio: H0, TT and N.

As part of the roll-out, PIKO sales director Jens Beyer also reported to the guests on the positive business development of the Sonneberg model railway manufacturer in 2019

At the end of the third quarter of 2019, PIKO reported sales growth of approximately +13% compared to the previous year and is thus slightly above plan.

In the export sector, the markets in Poland, Switzerland, Italy and the Czech Republic in particular are developing very positively for the company from Sonneberg.

However, a positive trend can also be observed in Germany. As of the end of October, PIKO was + 5% above plan in the German specialist trade. In addition to good sales of standard go items in preparation for the upcoming Christmas business, the numerous new products are also being positively accepted by customers. In the H0 segment, the ICE4 and the Class 120 pre-series locomotive, the TGK2 in TT scale and the Class 50 in the garden railway segment, which was presented today, should be highlighted here.

Digital topics are also becoming increasingly important in the model railway industry. Realistic sound, additional functions such as electric coupling as well as various lighting functions are increasingly demanded by the market and accordingly implemented in the models. Due to increased investments in these areas, PIKO has also become a serious source of innovation here.

Given a successful Christmas business and a stable supply of goods, PIKO currently expects to be able to close the year slightly above the sales planned for 2019 and thus further consolidate its position as the third-largest model railway manufacturer in continental Europe. 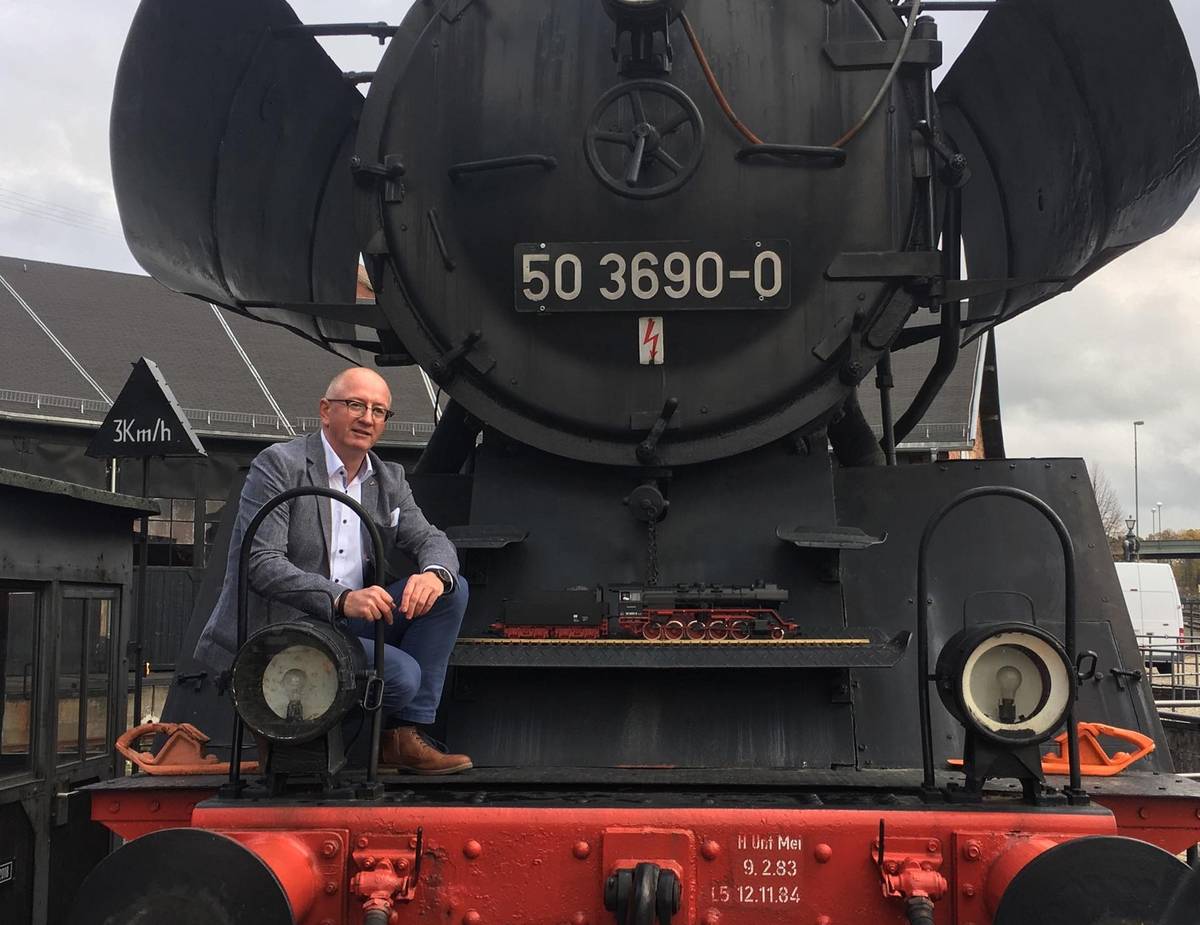