On July 23, Dr. René F. Wilfer, Managing Director of PIKO Spielwaren GmbH, based in Sonneberg, Germany, announced that the fundraising campaign for the flood disaster victims had been completed.

PIKO had offered the charity car for the flood disaster victims 1 week ago. PIKO is totally overwhelmed by the enormous positive response that PIKO has received for its charity campaign.

PIKO would like to sincerely thank all those who have made a donation to help alleviate the immense damage by purchasing a car or several cars. Supporting orders came not only from all over Germany, from Holland, Austria, Italy, Denmark and Poland, but also from countries far away, such as Chile. High recognition for such a broad solidarity willingness to help here.

At PIKO, all employees would like to express once again their deepest empathy for all people affected by the flood damage and hope that this action will reduce the misery a little.

In calculating the donation, PIKO will donate the proceeds of the sale, less VAT. Upon request to the tax office, it was unfortunately not possible to obtain a VAT exemption, which means that PIKO will have to pay the VAT, which is almost 26,000 €, to the tax office for the cars sold in Germany as well as to end customers abroad.

So PIKO will donate a total of 124,000 €. Dr. René F. Wilfer thinks this is great and admits that in his wildest dreams he might have assumed a donation of €15,000. But 124,000 €, he had never and never imagined. With this amount one can already do something - although the damage in the affected areas has nevertheless turned out much higher.

But PIKO is very pleased that they can make a small visible contribution together with all the donors who bought this car.

PIKO has thought that the amount will be divided as follows:

PIKO intends to earmark the money for the reconstruction of kindergartens, homes for the disabled or homes for senior citizens.

In Berchtesgadener Land, these facilities are not affected due to demand. On the other hand, the traditional bobsleigh and luge track at Königssee has been severely damaged by the storms. Top lugers are dismayed. In this respect, PIKO thought to donate this aid for the reconstruction of the toboggan run.

PIKO hopes that the many donors will agree with the decision on the recipients of the aid.

Since the beginning of this week, the PIKO factory in China, in Chashan, has been working intensively to produce the wagons, which is no trivial task with a quantity of almost 5,000 pieces. PIKO employees are working at full speed to ensure that the cars are ready within 10 days so that they can go into the container at the beginning of August, which will then hopefully arrive in Sonneberg in mid-September. If all goes well, the cars can be delivered to the donors at the end of September, as announced.

PIKO would like to thank everyone once again for their support. To the people in the regions affected by the storms, PIKO wishes with God's strength all the best, much perseverance and success in the "rebuilding" of their homes and communities. 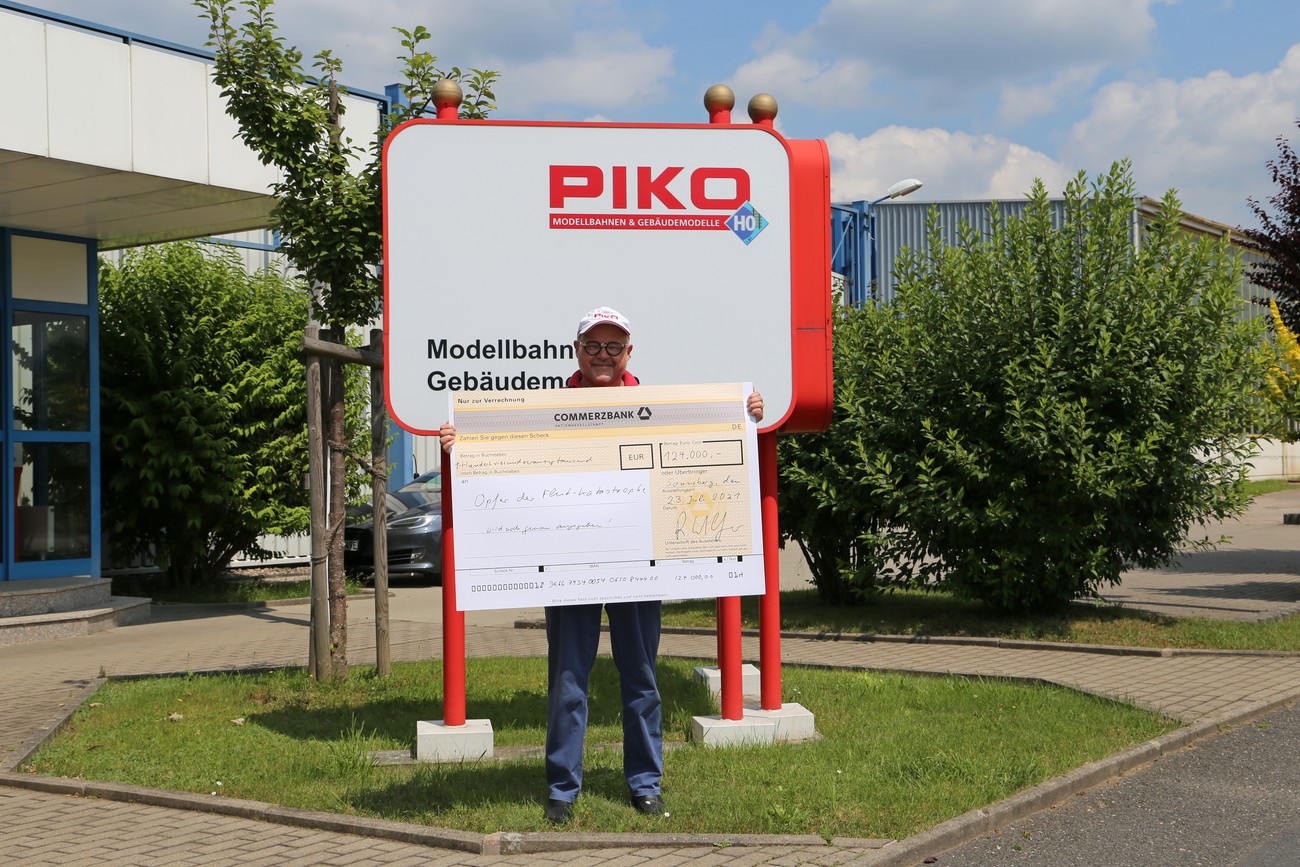