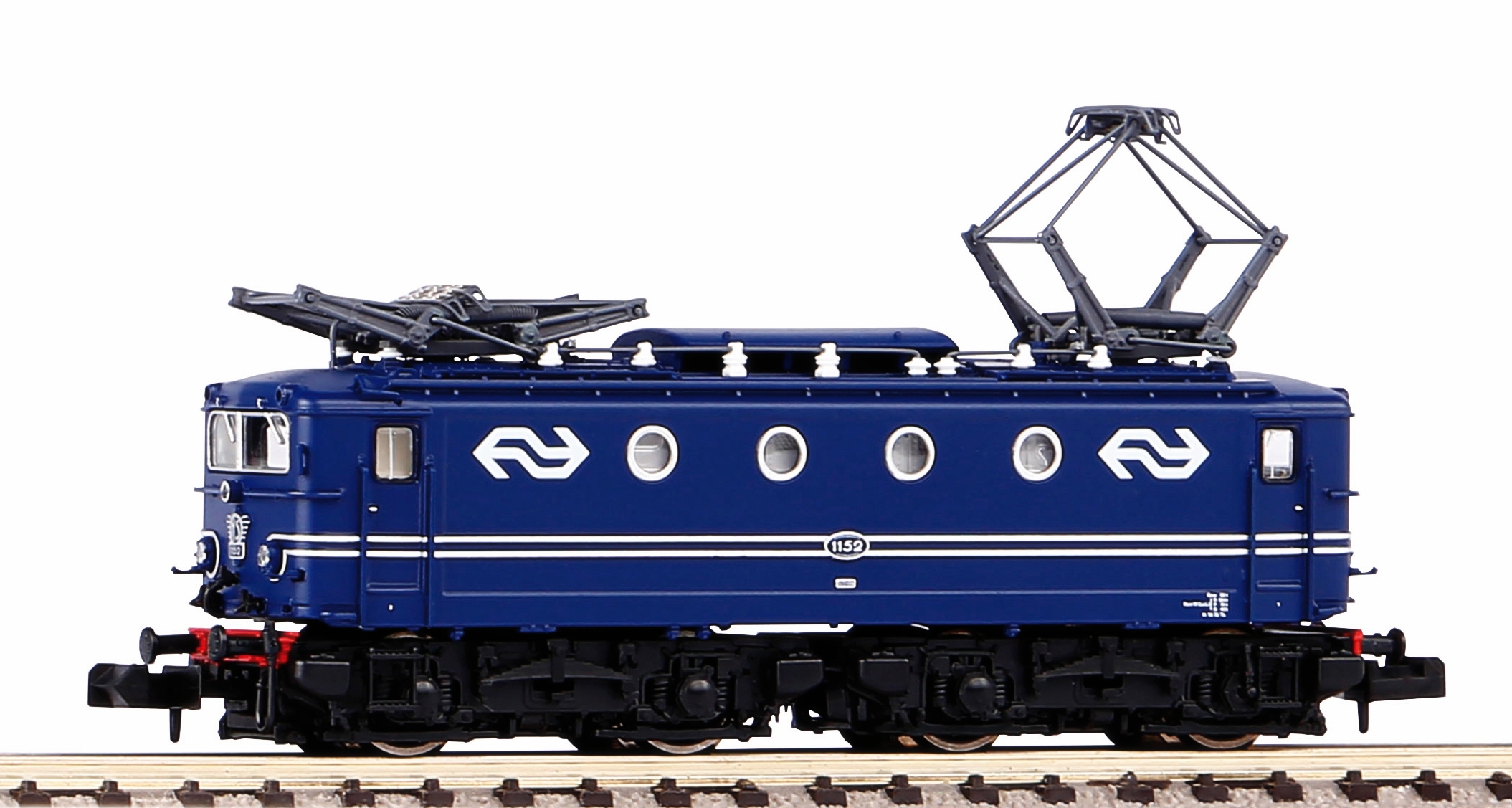 The advantages of the model in key points


» The model in the PIKO webshop

Some information about the prototype and model

With the extensive electrification of the railway lines in the Netherlands after the Second World War, electric locomotives had to be procured by the NS as quickly as possible. The 60 new class 1100 electric locomotives ordered in 1948 are based on the original design of the French BB 8100. Depending on the version, these cult electric locomotives weighing up to 83 tons and capable of speeds of up to 130 km/h represented the backbone of electric rail traffic in the Netherlands for decades, ahead of all other types of trains, and were not replaced by class 1600 in subordinate services until the 1980s. The last 1100s were taken out of service in 1999, some of the machines were preserved in a museum.

The 1:160 scale PIKO model of the Dutch National Railways NS class 1100 convinces by its successful mould construction with harmonious roof curves and many attached parts, such as fine insulators, roof walkways and pantographs, free-standing handrails and stairs. The model features the matching lamp shape, sharply engraved bogie covers with realistic reproductions of the spring assemblies, axle bearing covers, sandboxes and true-to-the-original miniatures of the buffer planks. The front and tail lights, which function depending on the direction of travel, are designed in LED technology. The digitally switchable driver's cab and engine room lights provide additional fun for the fine N locomotive! The PIKO model has a tidy PCB with Next18 interface and is equipped for easy retrofitting of a decoder. Separate brake hoses and coupling hooks are included.

With the NS electric locomotive class 1100, PIKO is offering another cult locomotive from the Netherlands, after the much-praised class 1200 and class 2400, in an excellently detailed 1:160 scale version.