The “Austrian vacuum cleaner” of the alps is coming! The electric locomotive Rh 1044 as an Expert model from PIKO 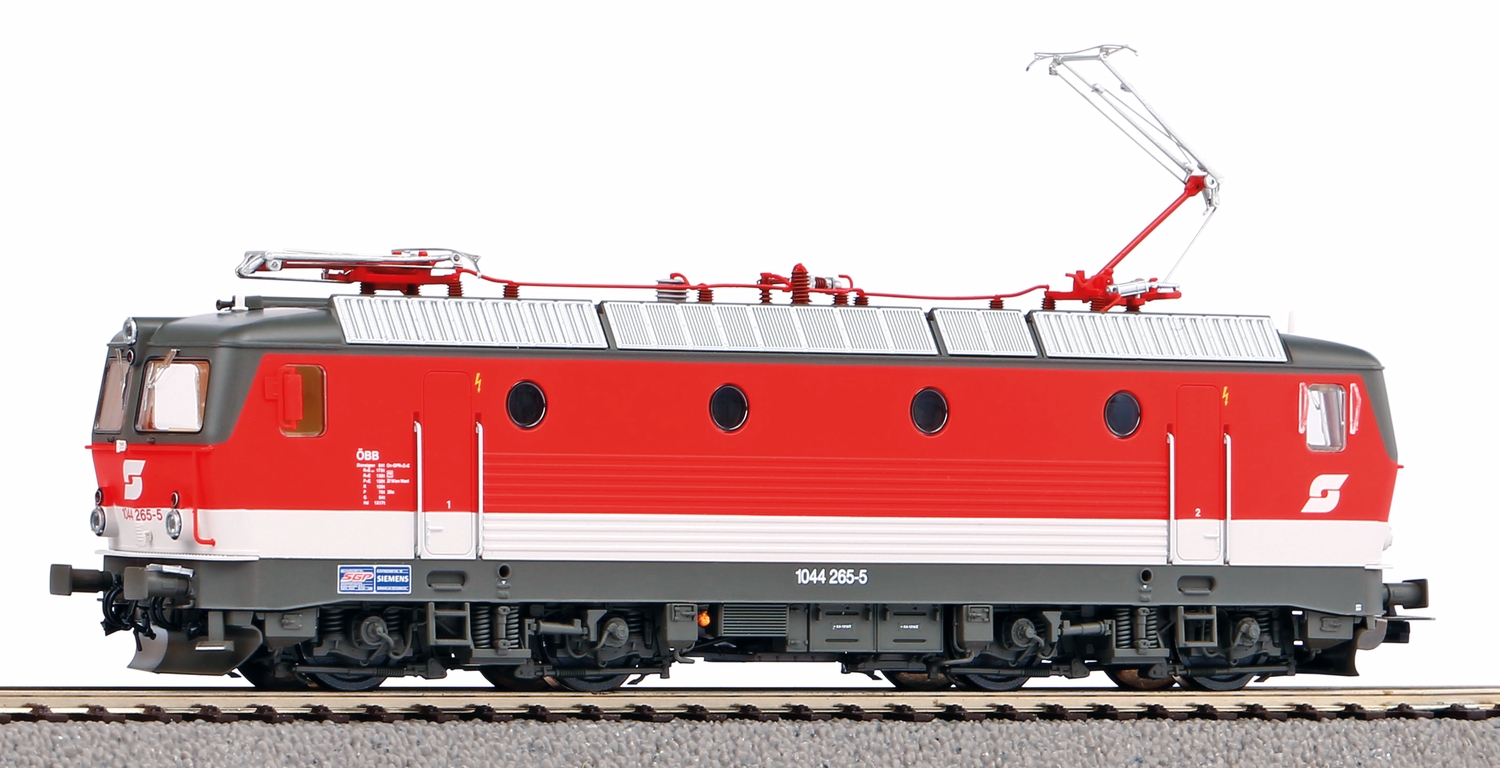 
» The model in the PIKO web shop

Further information about the prototype and model

At the beginning of the 1970s, the ÖBB made its first experiences with thyristor technology in imported electric locomotives. The positive results moved the ÖBB to initiate its own new design. Starting in 1976, SGP, BBC, ELIN and Siemens built the all-purpose 1044 series locomotives. After overcoming various teething problems, the 5280 kW electric locomotives with a maximum speed of 160 km/h became the backbone and face of the ÖBB. With a total of 217 machines built, the 1044 series could be found throughout the ÖBB's electrified network. The 1044s also regularly traveled to Germany with passenger and freight trains, at times even as far as Hamburg. With the entry into service of the 1016, 1116 and 1216 Taurus locomotives, the 1044s were displaced from the flagship services and are now mainly used in front of freight and regional trains.

The selected prototype fulfills the desire for accurately implemented representatives of the Rh 1044 with high-er order numbers. Over the decades, the Rh 1044 has been modernized and modified several times. PIKO has meticulously researched and documented these differences and taken them into account in the realization. The finely detailed bogies are a highlight. The fans of the electric locomotives look extremely plastic due to their fine engraving and create a high depth effect. The position of the fans, which often varied in the original, is also faithfully reproduced. The battery boxes, the sandboxes and the buffers are just as well realized.

As with all new PIKO Expert constructions, the engine room of the PIKO Expert locomotive has been reprduced. Atmospherically illuminated, the round side windows in the beaded side walls of the Rh 1044 come into their own even better. Cab and engineer's desk lighting round out the locomotive's appearance. The roof of the Rh 1044 from PIKO is also equipped in the usual scope. In addition to filigree single-arm pantographs made of metal, this includes various insulators and roof lines.

Matured technology ensures high operational reliability and guarantees maximum driving fun. Technically, the locomotive can rely on a powerful 5-pole motor, which is also up to the model alps. Two flywheel masses ensure silky smooth-running characteristics
In the meantime, the white/red light change in long-life LED technology, which also changes analogously with the direction of travel, can be regarded as obligatory. A PluX22 plug-in interface makes digitization extremely simple. For the exact replication of the buffer beam, accessory parts are included.

The Rh 1044 from PIKO further enriches the variety of Austrian models from PIKO. The formerly most powerful electric locomotive in the world also comes into its own as a model. Later modifications of the locomotive as Rh 1144 will follow as mold variants.